Several weekends ago, I had the opportunity to run a 5k race.  Turns out it is NOT, in fact, a 5,000 mile test of endurance as Michael Scott had once assumed on The Office.  Yeah, I was just as relieved as you are.  I've always enjoyed running, but for whatever reason I've never actually run as far as a 5k (which, a google search told me, equates out to 3.1 miles).  Actually, for the last few years, that "whatever reason" is that I'm not getting any younger.  Actually, most of me is aging at the normal rate of one year over the course of one year (makes sense, right?), whereas my knees have aged at roughly the rate of the evil fake mom at the end of the Tangled movie (for the uninitiated, that's from 40-ish to a pile of dust in about 9 seconds).  So the rest of my body has arrived at a truce with my knees: I put them through basketball once a week, all my other cardio exercise takes place on a (low impact) elliptical, and they agree to carry me up and down stairs and rise up out of a sitting position on command during the course of normal day-to-day activity.  However, with the 5k, we agreed that there could be more days of rest before and after the race, and (so far) it seems that my knees have begrudgingly agreed to my terms.

So, back to the race; it was a new experience for me.  It was a "fun run" (I know, Erin asks if such a thing could possibly exist, but I digress), which means that there were no trophies or official times or anything.  It was put on by Trinity Church as a fundraiser for the A21 Campaign, which is aimed at putting an end to human trafficking.  Word they gave us (as best I remember, anyway) at the start of the race was that about $15,000 had been raised at that point, which is just nuts.  So with that purpose in mind, it had attracted all sorts of folks.  As we milled around waiting for the race to kick off, there wasn't a single "mold" that everyone fit into.  You had school-aged kids and their parents.  There were people pushing strollers.  There were parents with (presumably) their adult children.  Some folks looked to be in "running shape" and seemed to have all the gear and trappings of someone who did this on a fairly regular basis.  Then you have that one guy with the sleeves on both of his calves and straps around both of his knees, who's either a) really serious about this or is b) just shy of looking for a roll of duct tape to hold his legs together.  Oh, sorry, that was my reflection in the window...it's definitely choice (b).

It really was a lot of fun (again, Erin rolls her eyes), and I think probably most folks involved would have walked away with that impression.  See, I believe we were all there for some combination of two basic reasons.  Participants wanted to raise money for a worthy cause, and have the opportunity to get some exercise and fresh air while doing it.  But within the framework of those two reasons, people were free to pursue those things in their own way.  Some folks had raised financial support for A21 from outside donors, while others had simply paid their registration fee and called it good.  Once there, there were a number of methods available for completing the course: walking, running, pushing a stroller, one lap, three laps, further than that...it really was pretty open.  On the contrary, there were certain limits.  You didn't see bikes, cars, segues, pets, golf carts (well, there was that one guy, but I think he was an event organizer), roller skates, etc.  The event wasn't for all that.  You were more than welcome to ride your bike...just not on the race course!

I think the same picture holds true of the Church today.  In our quest as churches to "become all things to all people so that by all possible means I might save some" (I Corinthians 9:22), we can oftentimes lose sight of what we're trying to accomplish in the world.  It seems that the clearest scriptural picture of why the Church exists is to work together to bring glory to God (Romans 15:5-7), and to focus on raising up new followers of Jesus from outside the Church (Matthew 28:18-20) as a primary means of doing that.  Much like the race I described (where everyone is there to raise money and run the race within a certain set of parameters), when everyone in a church has the same general purpose(s) in mind, and sets out with an eye toward reaching that goal, amazing things can happen.  There was a reason in that race that people weren't allowed to bring barbeque grills and sleeping bags and set up shop in the middle of the course.  There are times and places for those things, but trying to use them in the middle of the path would have made life miserable for everyone involved.

In the same way, when our churches become the hub, or possibly the 'source,' for everything in our life - sports, social interaction, free-time filler, discussion partners, etc., it can get as congested as the hypothetical race course I just described to you.  No one ever reaches the goal (bringing glory to God in the world by raising up new followers from outside the church) because all of the members of the church are trapped inside of it!  It's impossible to have a relationship with those who need to hear the gospel when all of our time and energy is spent with those who already know the truth.  And what often seems to happen within our local churches is that we get so used to making the church our social center that we forget a goal outside of the church ever existed!  It's like a runner who finds a cool, breezy, nicely-shaded spot on the course with no other competitors and decides to run in place there; lots of activity is taking place, with ultimately nothing being accomplished!

So, if you're reading this as a believer today, look around at the race course that is your local church.  Are you stuck running in place, letting your church serve as your social center to the detriment of relationships outside of the church?  Make the resolution to get back in the race today, and start looking for those opportunities to engage the culture around you.  You have a light to shine, and if your light only shines in the midst of other lights, it'll never be seen!

And if you're reading this as someone who doesn't call yourself a Christian, I'm probably not telling you anything you don't already know; it seems that the popular conception of Christians is that we like to retreat to our "holy huddles" and try to keep the big, bad world locked out.  It shouldn't be this way, and you'd think that if we really believed we've found life, hope, and purpose we'd be anxious to share that with whoever we can.  Sorry we typically stink at it.  But if you're so inclined, and know someone who calls himself or herself a believer in Jesus, feel free to ask them about it.  I think you'll like what you hear in response.  And if you don't know of anyone who calls himself or herself a believer, drop me a line and let's talk! 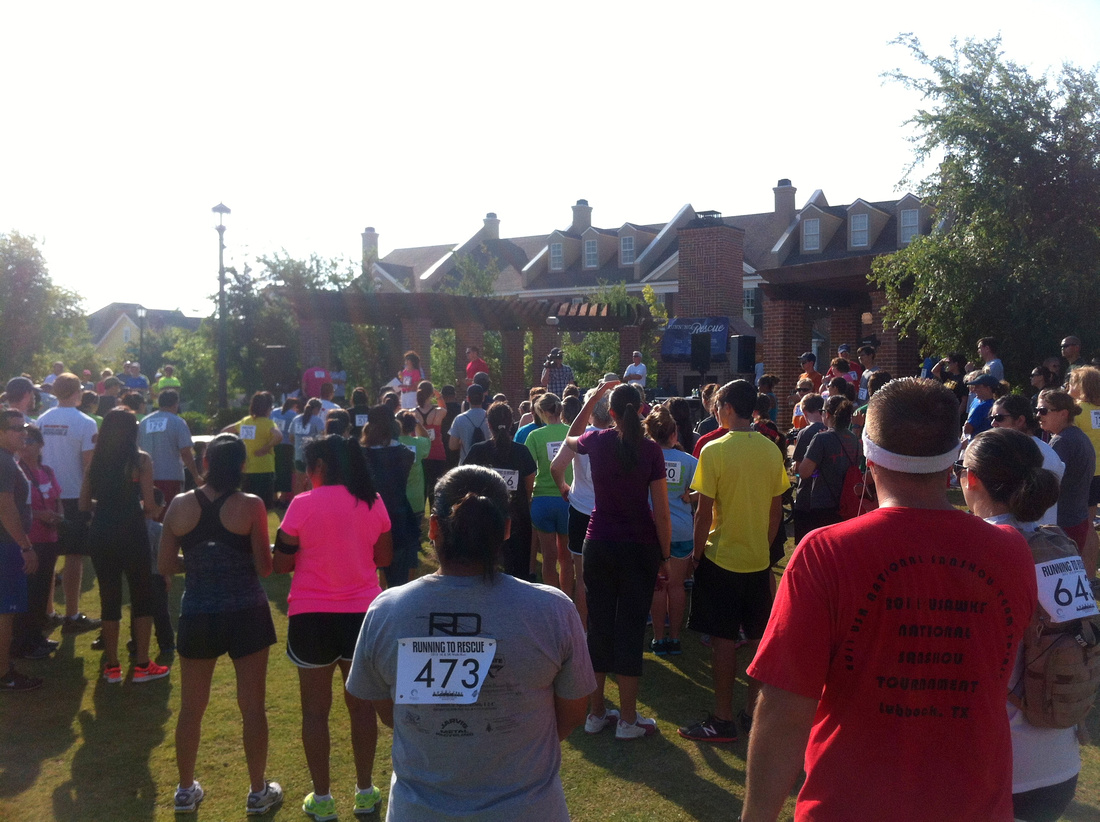