A week before Thanksgiving, we had our first (and let's be honest, possibly our only) snow of this winter season!  As I told a friend this week, our kids are at a fun age when it comes to the snow.  They're young enough that just getting out in the snow is still exciting to them, and yet old enough that a little bit of cold and wet doesn't send them running back in the house in the first five minutes.  It's one of life's great little frustrations when you spend 15 minutes gathering sufficient clothing and then bundling up a little one only to have them in tears three minutes after stepping foot outside because "it's coooooooooold!"

As you might expect, Cayden's first idea was to have a snowball fight with his sister: 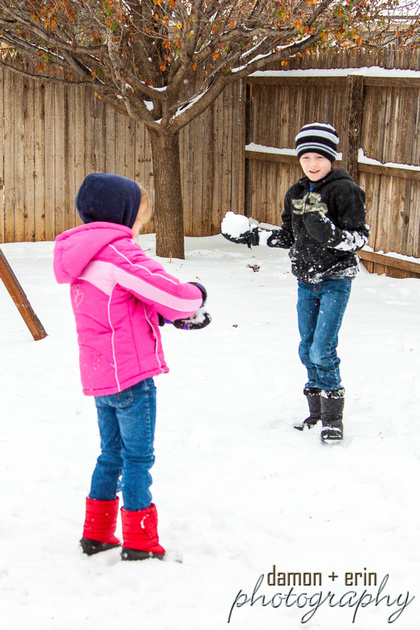 Believe it or not, she quickly resorted to her secret weapon, the Whine of Death: 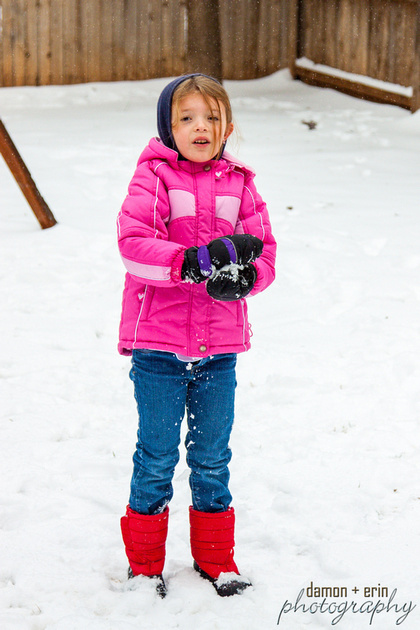 "Caaaaaydeeeeen, I don't waaaant to have a snowball fight!"

So, with that in mind, what's the worst that could happen here? 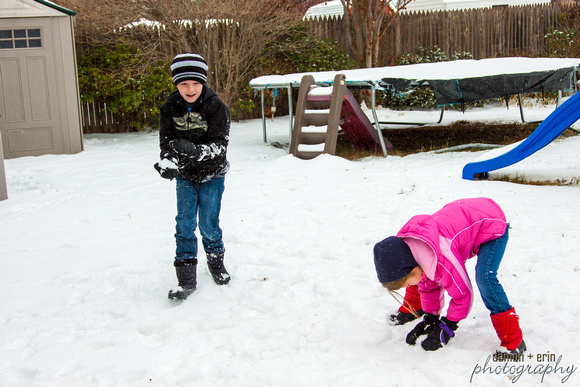 But all was well, because Cayden was actually gunning for Lily, and Avery was heading to the safety of the fort: 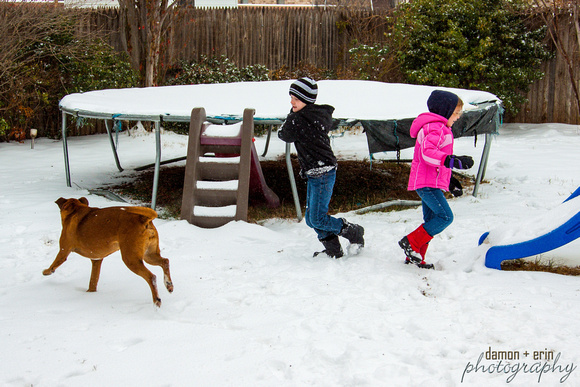 And speaking of Lily, she was STOKED to have company out in the midst of the cold white stuff, and bounced back and forth between whoever wanted to run or roll in the snow, including the guy with the camera if he whistled at her: 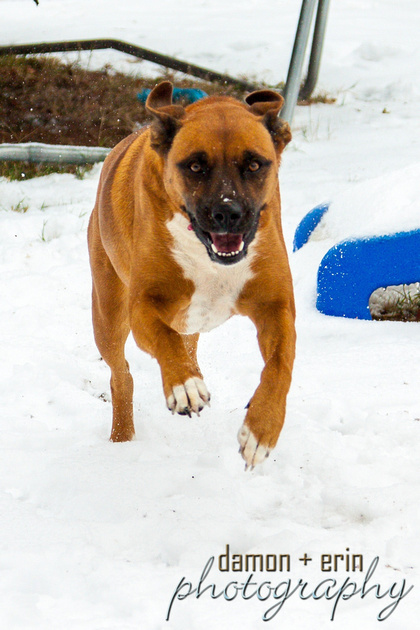 Everybody had to taste some of it: 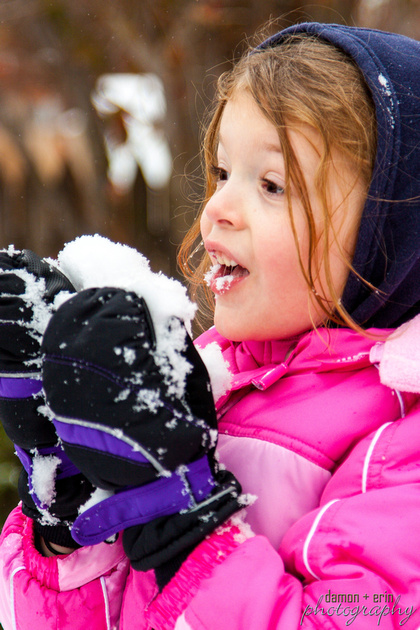 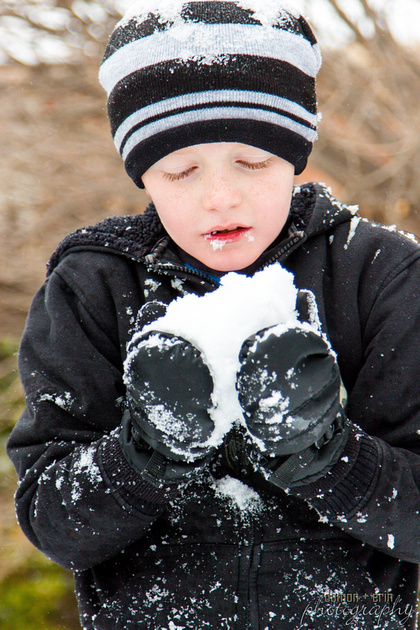 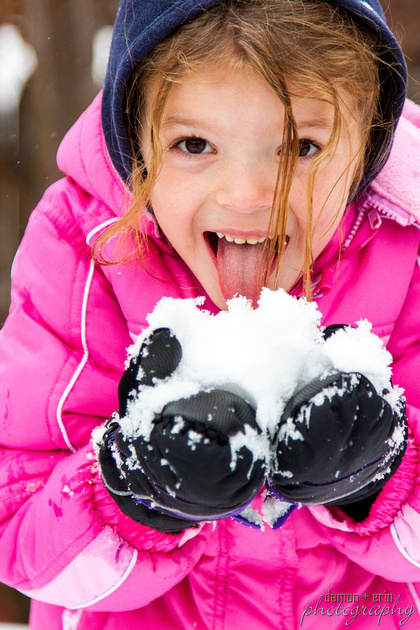 Straight from the source: 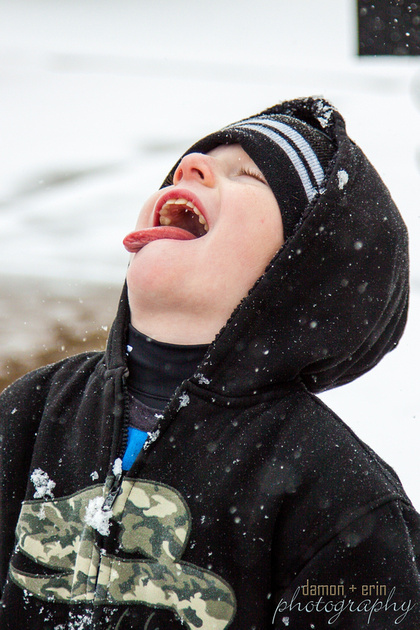 And when I say that everyone wanted to eat the snow, well, everyone means everyone: 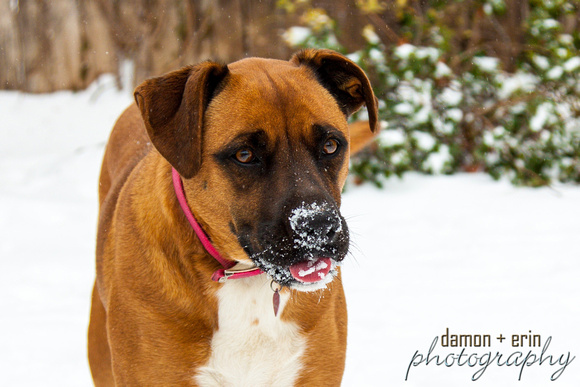 The tongue poking out is my favorite. :)

Avery wanted to make a snow angel, and as we all know, the quickest way to ruin a snow angel is to trod through the perfect snow in and all around it with footprints.  With that in mind: 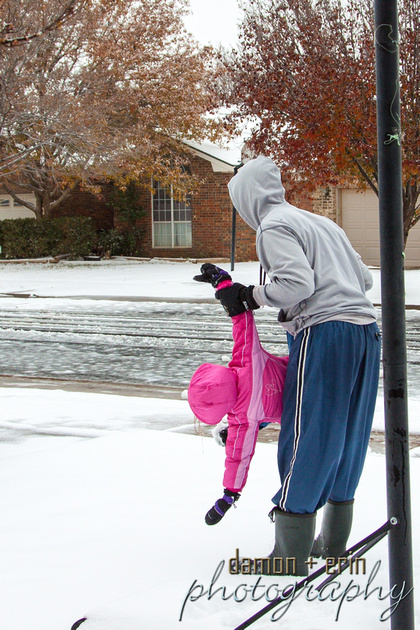 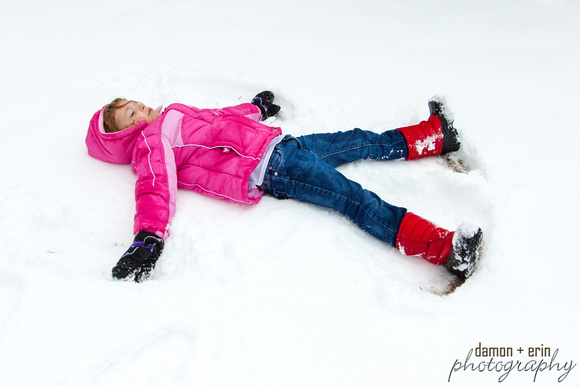 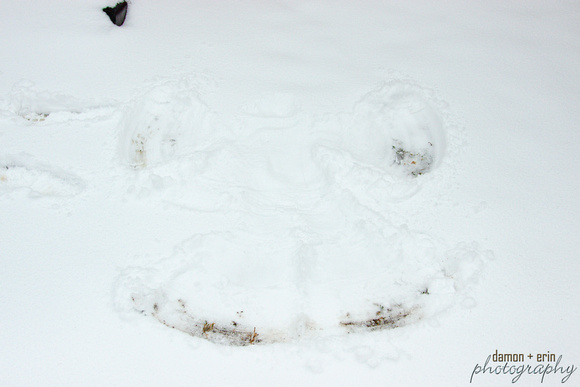 The photo is a little bit like the old joke about a picture of a polar bear blinking in the snow, but you get the idea.  And you'll notice the only footprints are the two size 12s to the left. :) 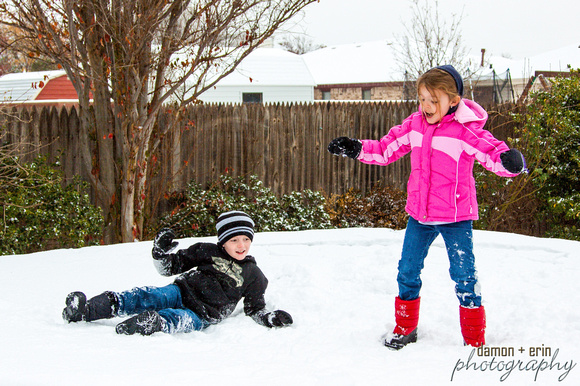 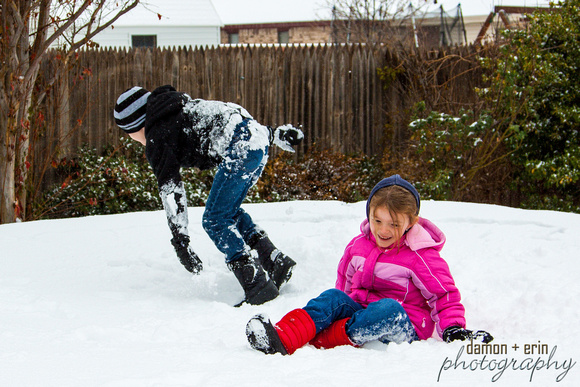 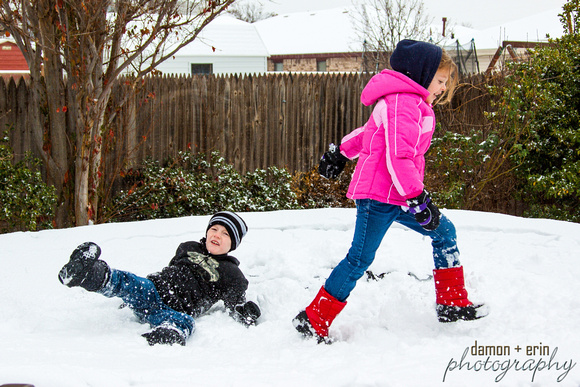 Cayden wanted to try a jump from the fence...here's every step of it: 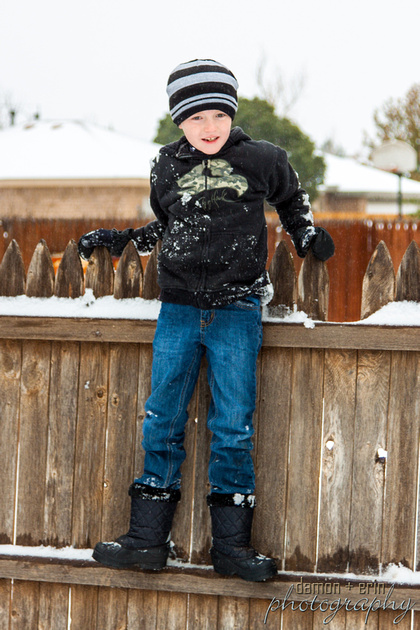 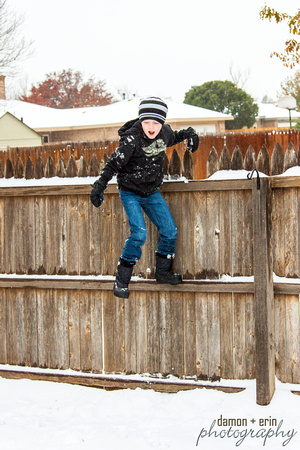 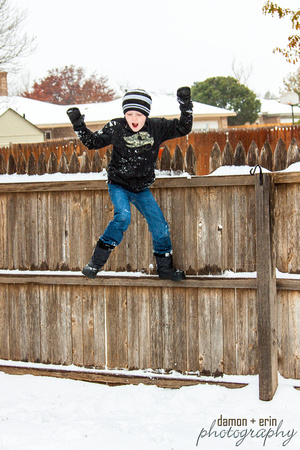 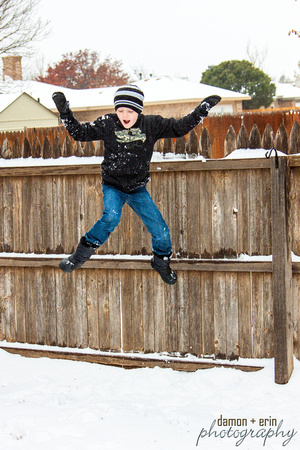 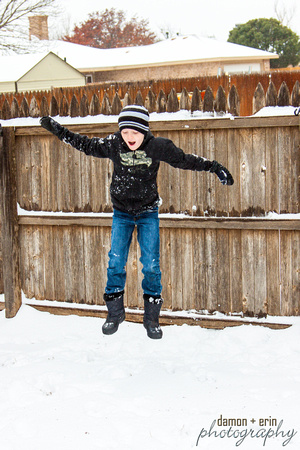 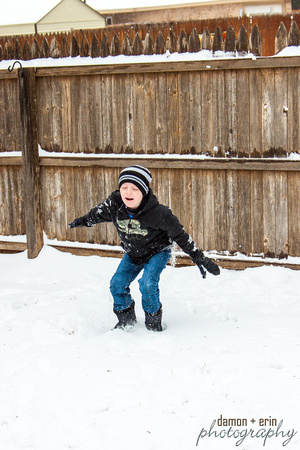 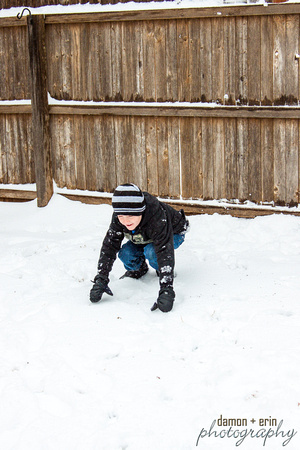 Finally, some other favorites from the day, in no particular order: 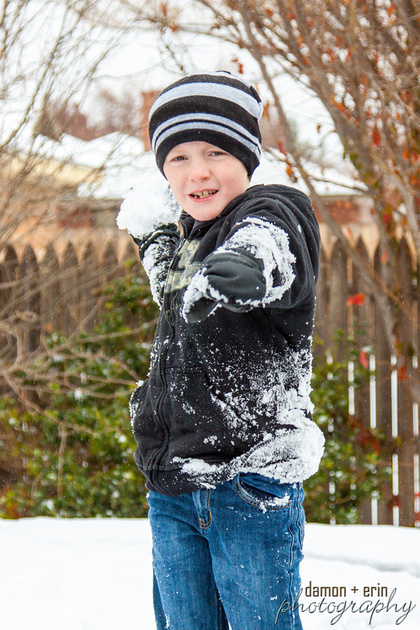 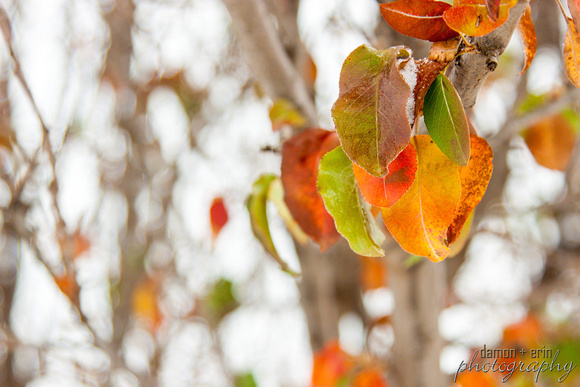 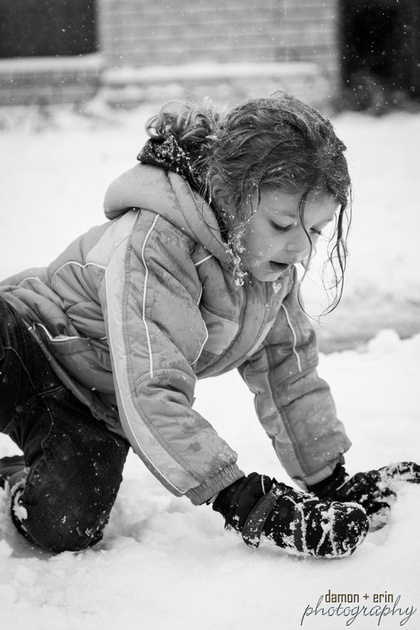 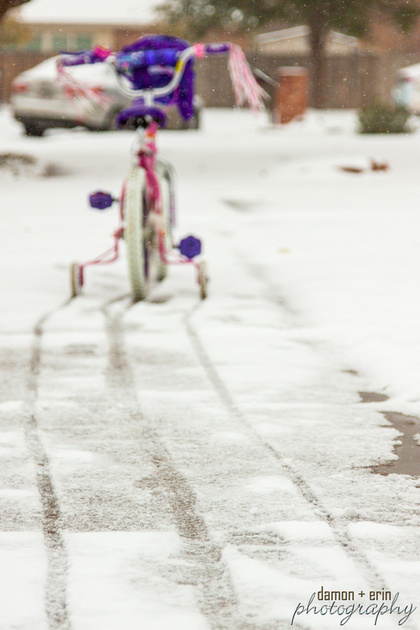 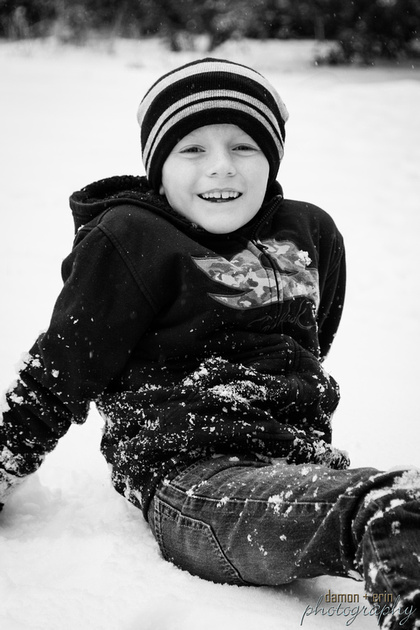 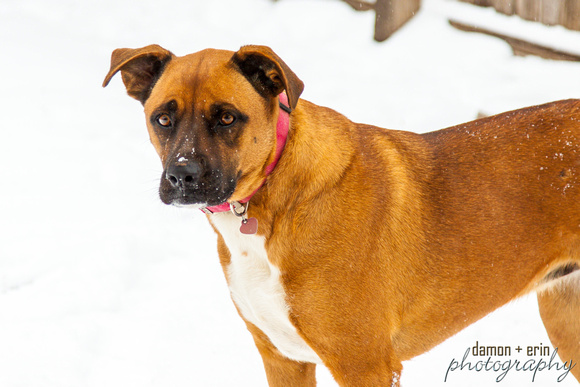 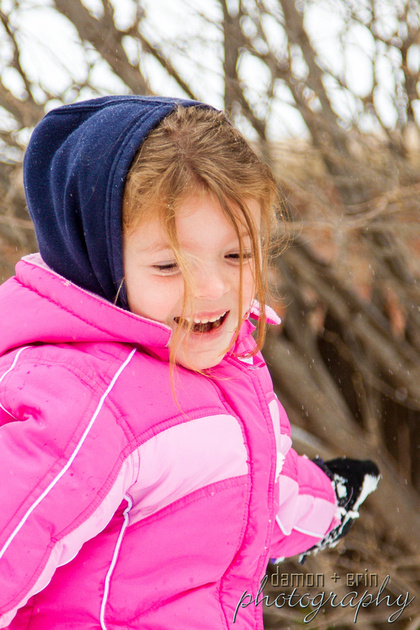 Hope you and yours enjoyed the snow as much as we did!  Thanks for reading!