If you follow us on Facebook, you may have seen a few months ago that we had the pleasure of taking photos of a young lady named Kennedy (here are a few of our favorites if you missed them).  We had a great time and captured some great images of a beautiful little girl, and a good time was had by all.  Fast forward to now...  Kennedy's regular babysitter, a future Tech grad named Amy, receives a gift certificate for a photo session with us from Kennedy's mom, Kimbra.  So, after all that, we got to go out the other night to help Amy commemorate her upcoming graduation with a photo shoot!

We started out on the Tech campus as the sun approached the horizon: 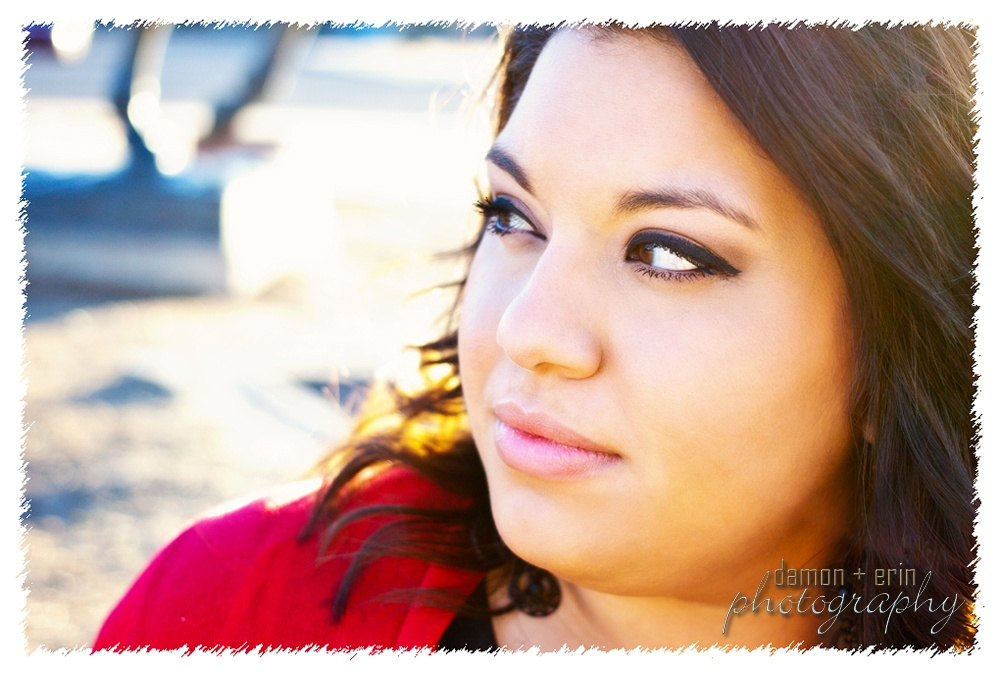 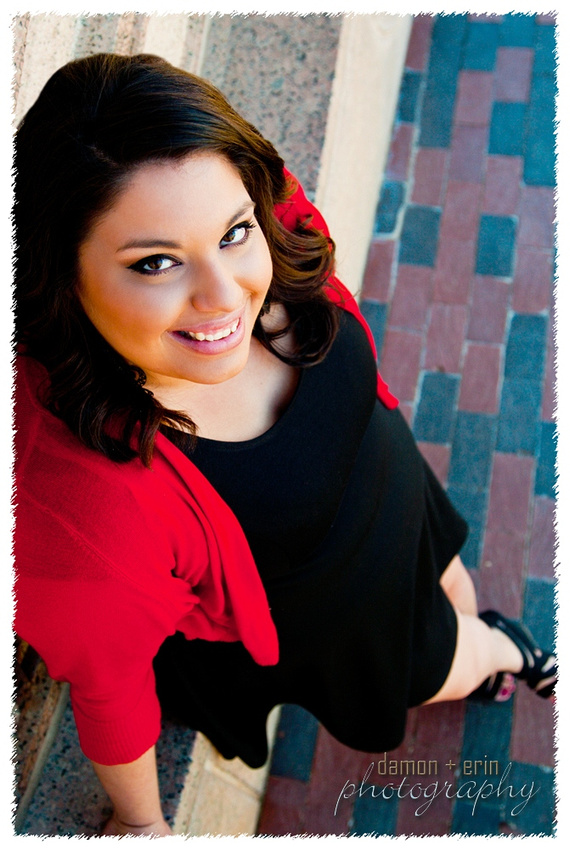 And as we were taking that last shot, here's a "behind the scenes" I caught: 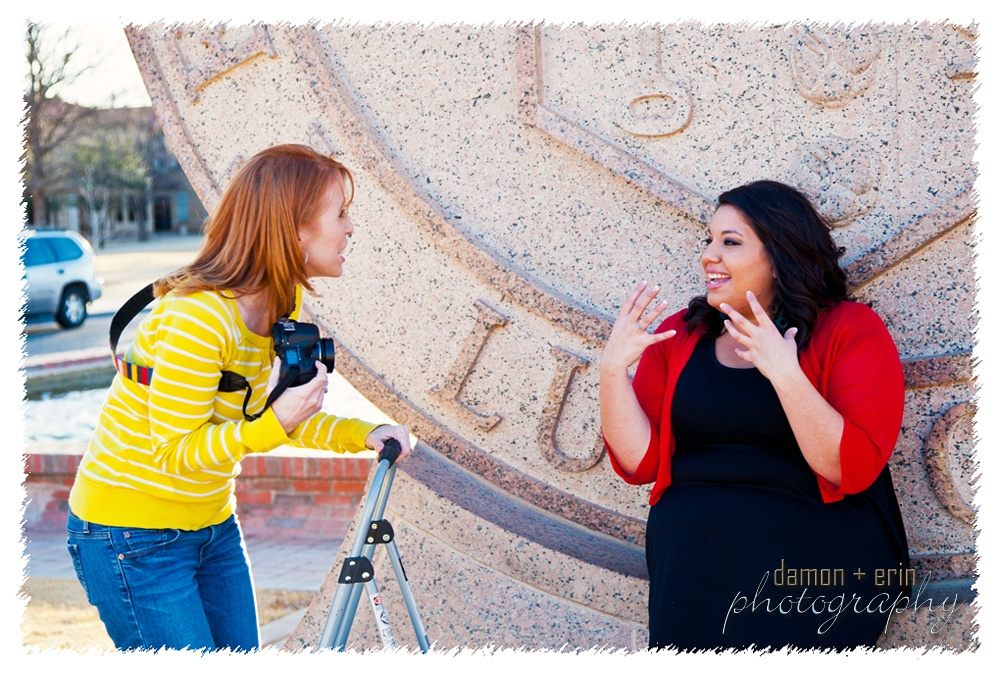 To me, the above image proves two things:
1) Two women can both be talking animatedly at the same time and still hear and understand what the other is saying, and
2) All those years of making short jokes about my wife has convinced her that she has to stand on a step ladder to talk to people.
I feel horrible.

We then journeyed to Amy's self-proclaimed home for the last four years, her Ag Building! 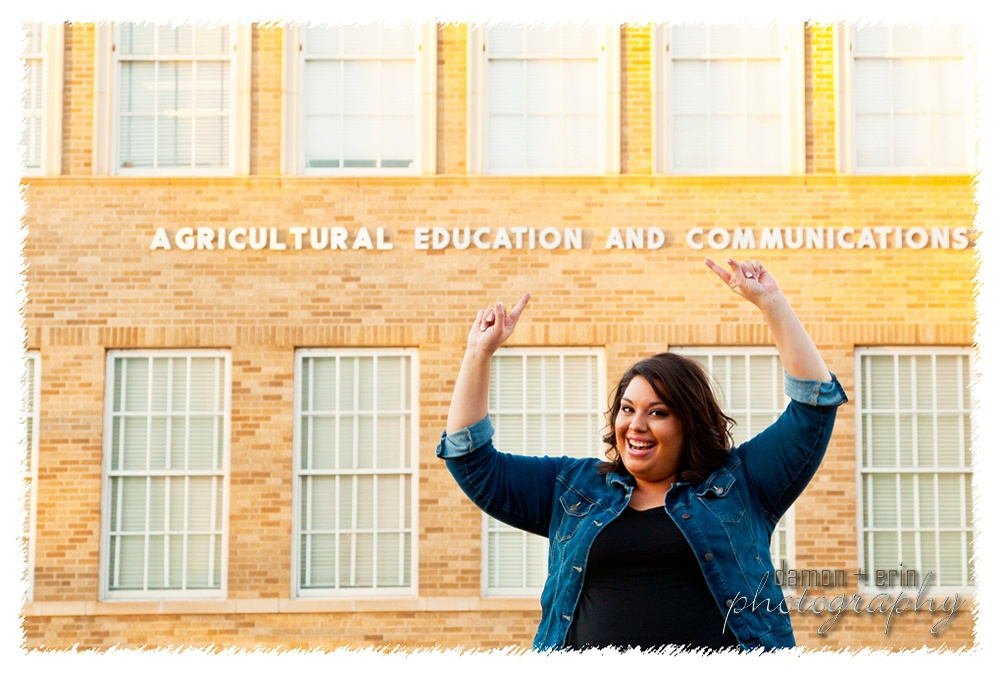 Finally, we took Amy the Ag Major out into a field.  (As a sidenote, that wording of "taking her out into a field" reminded me of the story of Cain and Abel.  I like to think that our journey into the field ended better than theirs.)  It was really fun for us as photographers, because normally if we find our way into a field it's because it's got wheat or grass or corn or cotton that lends itself to some creative shots in the middle of that foliage.  However, with Amy's course of study, she knew she wanted a field whether it had a crop in it or not, and we wanted one that would have distinct rows, not just plowed under and waiting for the spring.  The aforementioned fun came in because the symmetry and length of the rows made for a cool, different background, or in the case below, a fun canvas to put Amy in for a few shots.

But first, Erin always fusses at me because I sneak shots of her working with the folks we have sessions with, and I never make it in these blogs.  So I'm throwing in the next shot of me helping her check the framing of the shot...she had a certain frame and perspective in mind going in, but wanted to make sure before we sent Amy trudging through the dirt that it was going to line up with what she saw in her mind's eye: 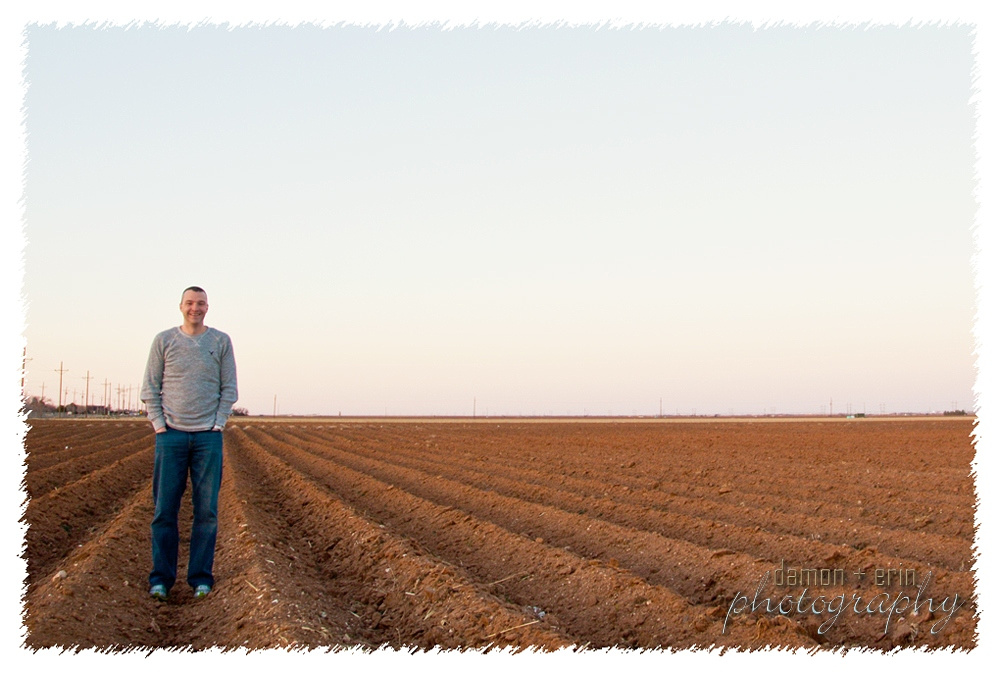 So after that, we got Amy out there for what I think turned out really cool:

So there's a few of our early favorites.  A big thanks to Amy for being super-cool and easy to work with, and for letting us be a part of helping her remember this time in her life.  We'll have more images from the evening on our Facebook page soon.  Take a second to click below to Like our page on Facebook and be notified when we do!