To kick off the month of February, we offered Valentine's Mini Shoots, hosted by our friends the Teels at The Cakery (www.CakeryLubbock.com).  Erin has long drooled over the cupcakes and brownies walls, decor, and natural lighting at The Cakery, and has often said how cool it would be to get folks in there for a shoot.  So we did!

We started the morning with two families, the Donaldsons and Radles.  You may remember the Radles from our last blog, and we also had the privilege of shooting Brant and Amy Donaldson's wedding; this shoot was the kids (cousins) from both families.

We were a little nervous with this one what the babies would do with the cupcakes...clearly they were the only ones not interested in them! 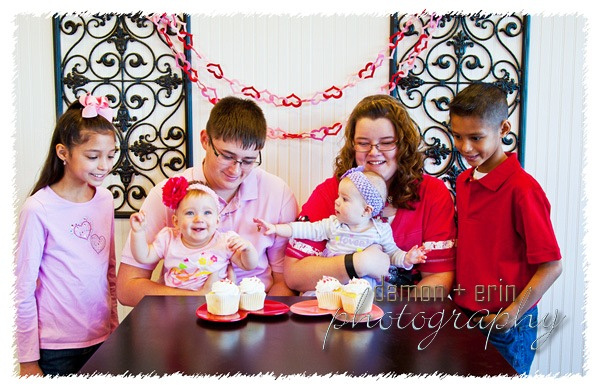 Here's one of Erin working her magic with Brylee, chasing after that ever-elusive smile.  I realize there's no audio available here, but just imagine a high-pitched "Oobee doobee doo!  Obee doobee Brylee!" or some variation thereof, and it'll be like you're right there! 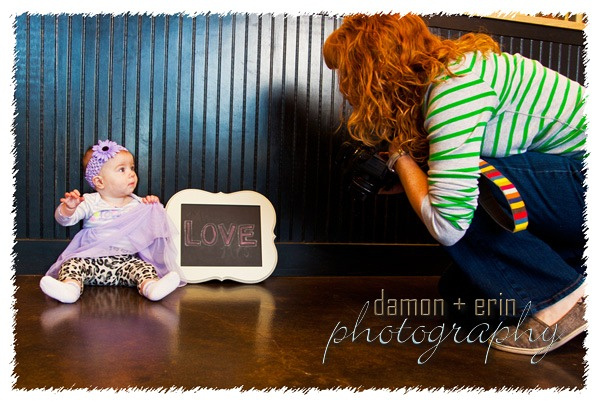 We also got the babies in the floor with the bear that Avery endearingly refers to as "Mr. Teddy." 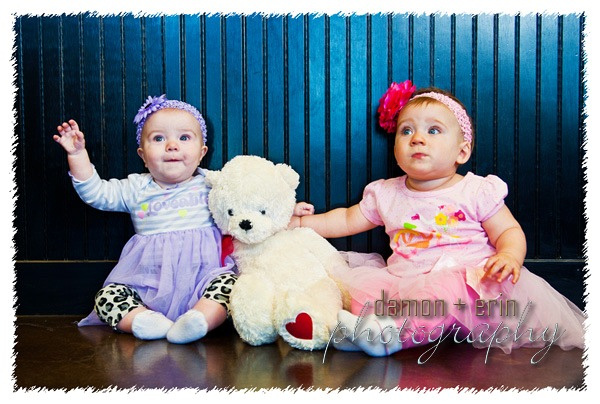 Everything was going fine until they realized that they actually had the bear outnumbered, and Addison asked the question (in her mind, of course, because she can't talk yet), "Are you talkin' to me?  Well, are ya?!?" 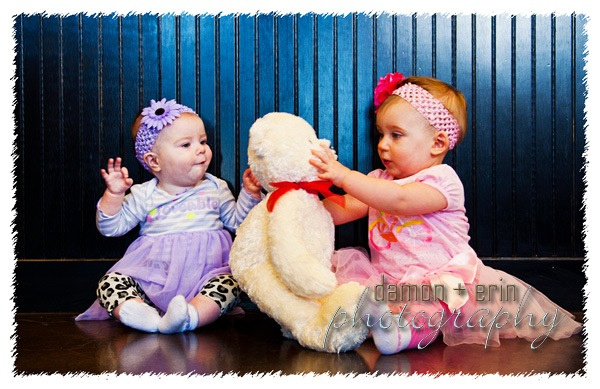 The situation got ugly before we were able to step in and regain control, with Addison ultimately pinning the bear and looking to the ref for the 3-count that was apparently too slow in coming for her taste: 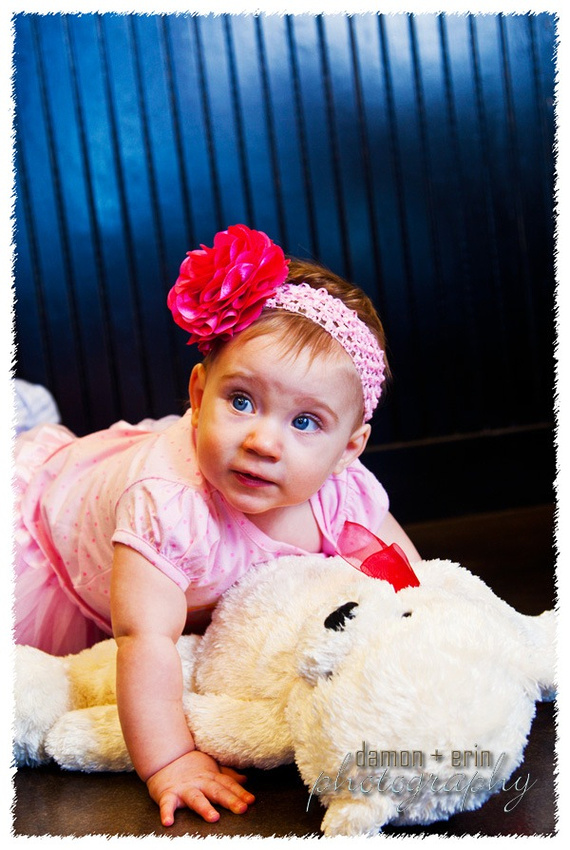 We soldiered on, however, and although the rest of the day was much less eventful (or maybe I just didn't snap as many random shots at the rest of the sessions), we still had opportunities to get images of sharp-looking kids and their parents.

Next were Makayla and Weston, who we got to know at our Fall Mini Shoots last October, and were excited to get to see again: 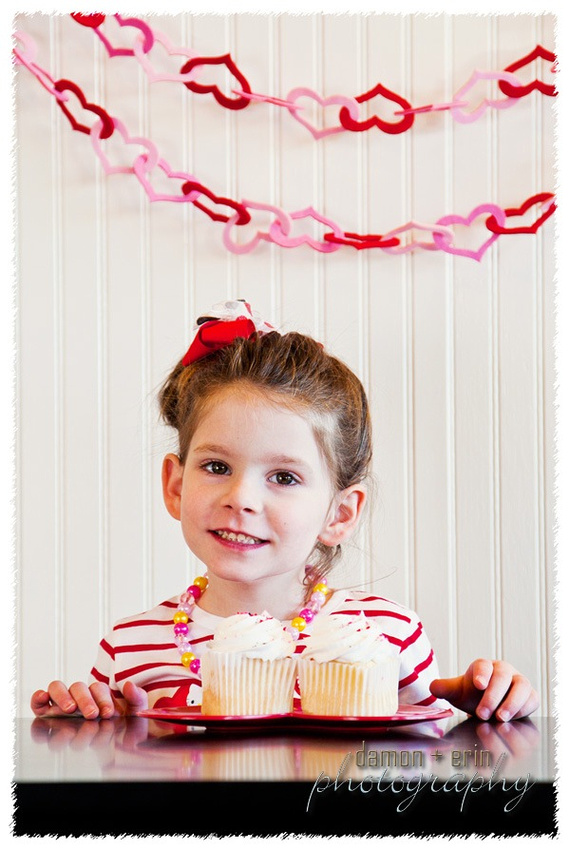 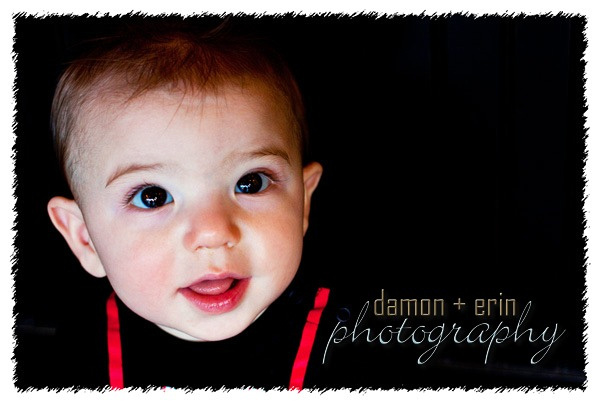 And although they did a fantastic job, Mr. Teddy was once again the victim of infant-on-bear violence: 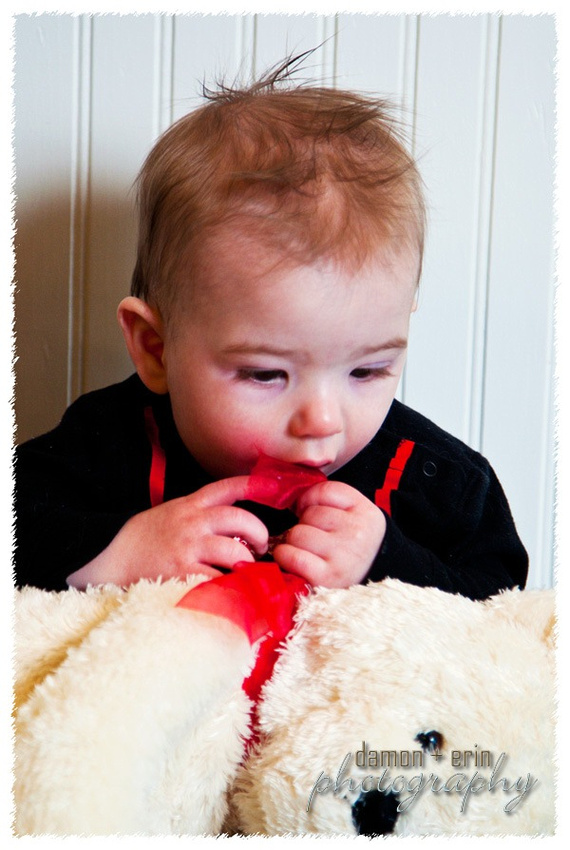 We got to him before he was able to move much past the ribbon.  Which brings me to our next shoot, the Dowgar family.  We went out last fall and took family pictures with them, and were thrilled to have them again.  So in contrast to Weston, who was thrilled to chew on the prop we gave him, Colton would have other ideas.  Even when we tried to fill his hands with our foam hearts, he was more than fine with his own chew toy: 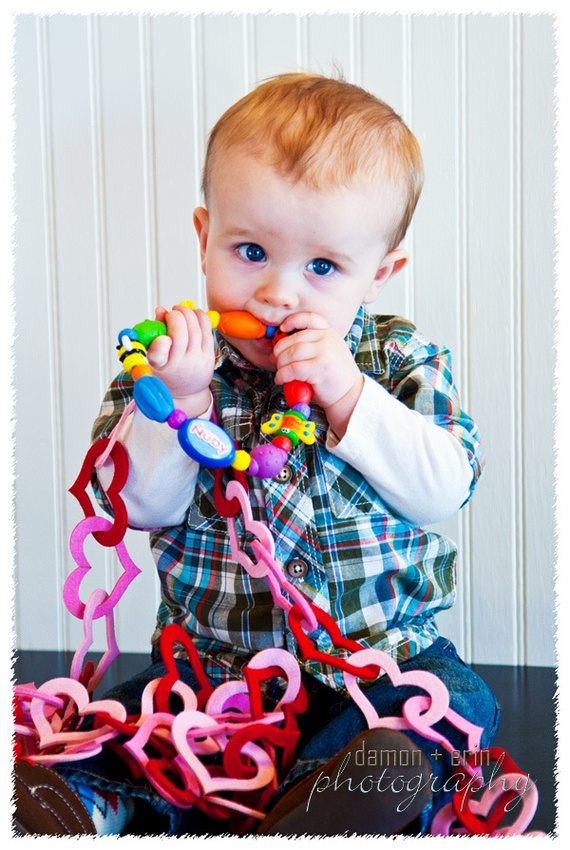 Oh well, as long as he obliged us with a few shots of those big blue eyes we called it even: 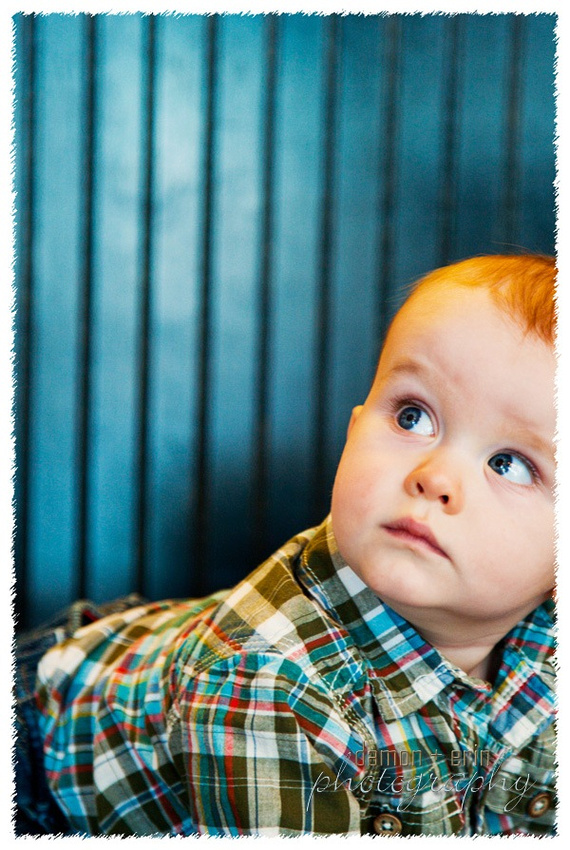 Yep, those are the ones.  And here's the whole crew: 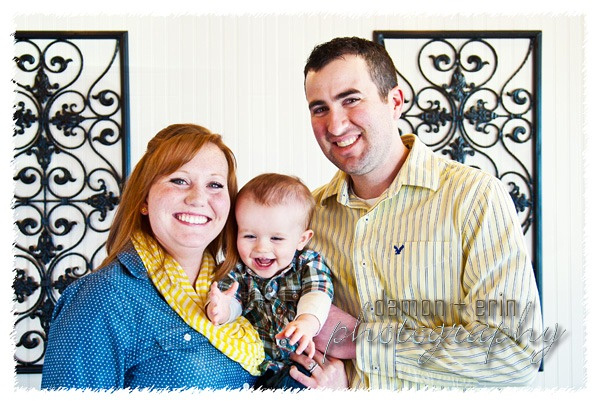 And that brings us to Bre Casey and her son Braxton.  Bre was one of our students in the student ministry at First Baptist Wolfforth several years ago, and her family was one of the very first families we had a photo session with when we first started this whole photography gig.  I personally hadn't met Braxton before, but he was a super-cool little dude, and we had a blast with them: 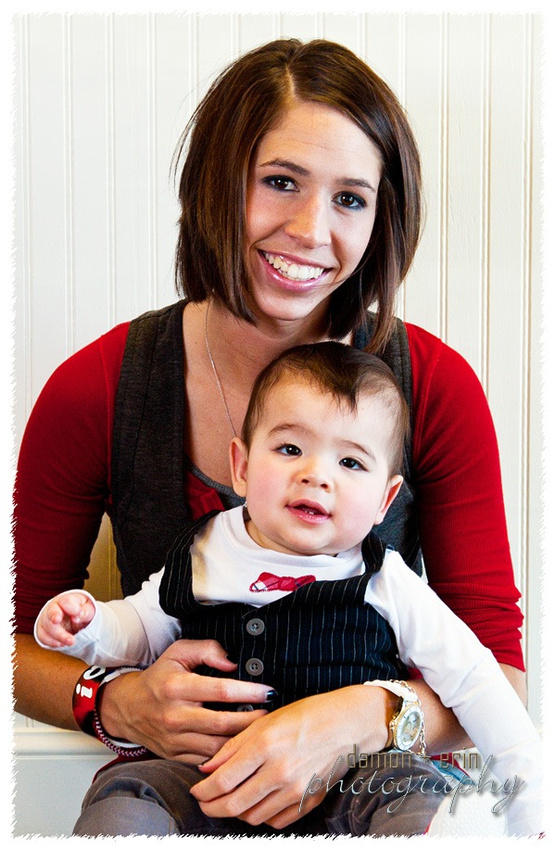 And this one was just before he actually did start chewing on the foam hearts: 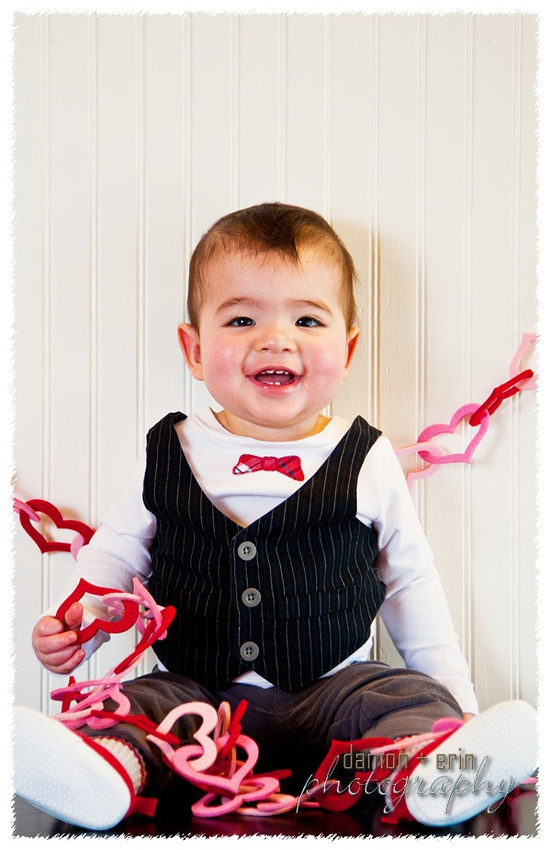 Finally, I'm going to go back to the very beginning of the day to close out this blog.  We started that morning as we usually start a shoot: by checking light on our favorite test subjects...the West kids!  The general rule is that they don't have to look and smile until we're ready to check lighting on faces, so for the most part they just keep doing what they were already doing to stay entertained... 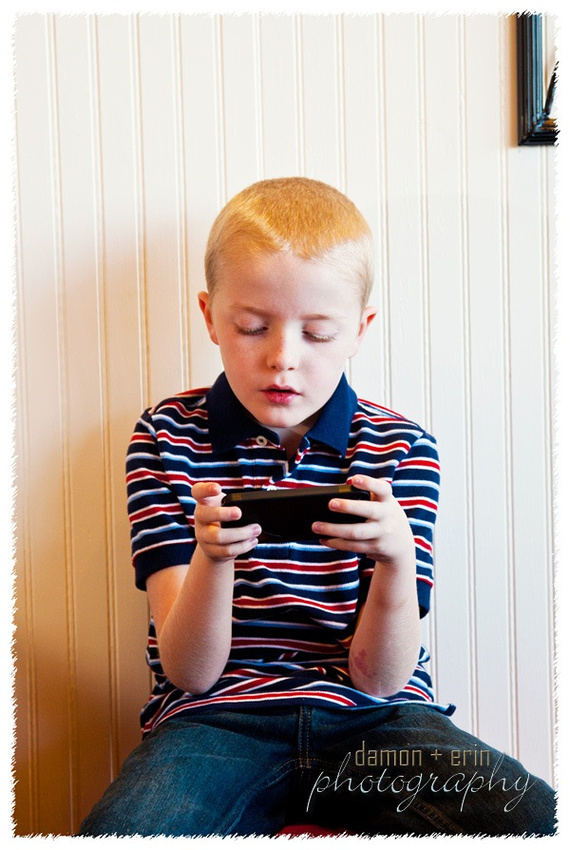 And sometimes, after confirming they don't actually have to smile at us, they ask a followup question:
"Daddy, can I do this?"
We never know what "this" is, but generally "this" is not this: 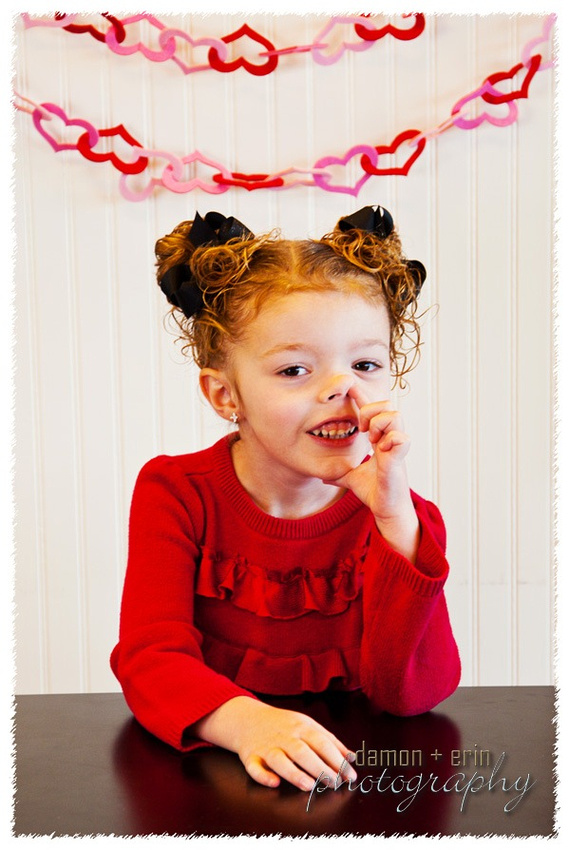 And let the record show that Erin remains against the sharing of this picture in a public forum.  Avery and I outvoted her.  And plus it's awesome.

Avery wanted the now-famous (at least in this blog entry) Mr. Teddy to help set lighting as well: 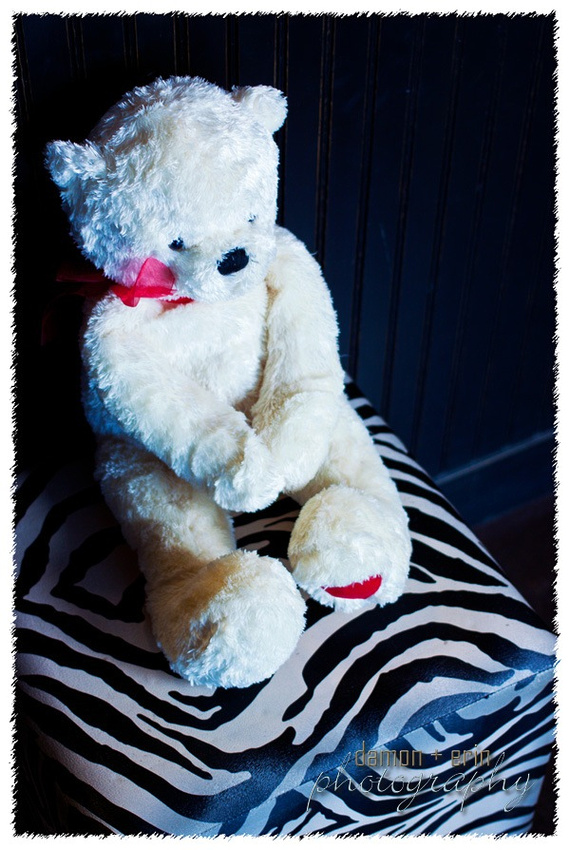 And, to close us out, a couple of our favorites from the real photo session with our kids: 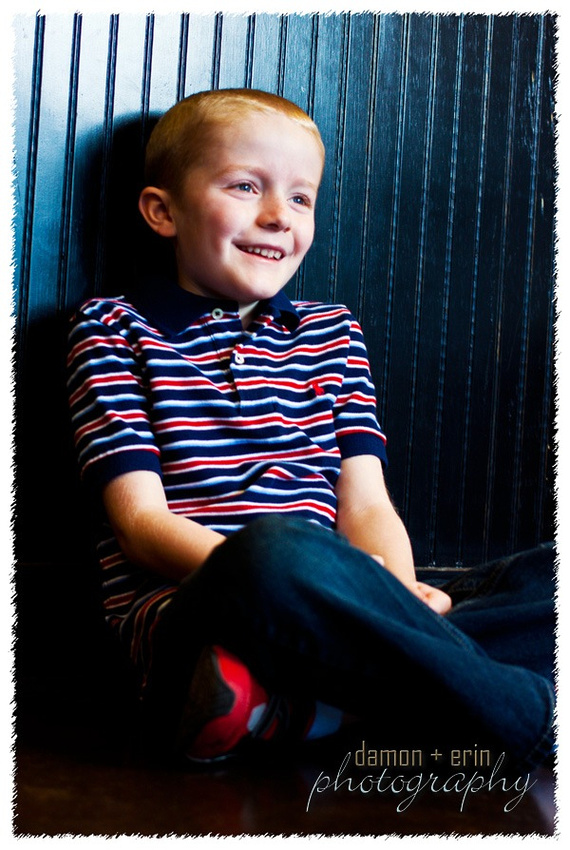 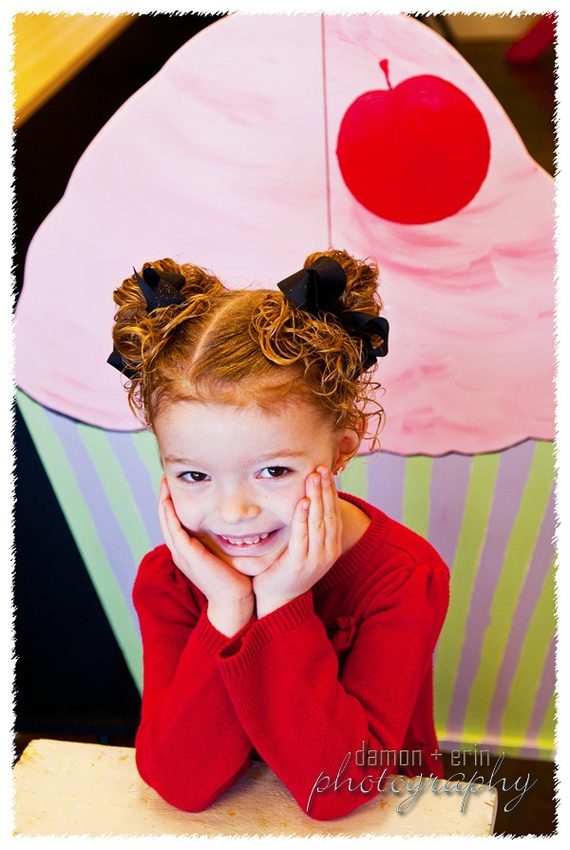 Thanks for stopping by.  Let us know when we can meet up with your family to capture your memories and help you always remember this time in your life.

And you should eat more cupcakes!