Our family was blessed at the end of April to get to go on a cruise.  We had been trying to decide what kind of vacation we wanted to take this year, and when Erin got a last-minute deal on an off-season all-inclusive boat trip, we decided that would be the better route than the traditional "road-trip/hotel/meals/tourist attractions" trip that is, well, tradition for our family.  (We still got a couple of 12-hour road-trips going to and from Galveston, mind you, so we didn't completely miss out on that delight.)  Here are some of my favorites from the trip.

This was the main "lobby" on the boat...the kids were thoroughly impressed that the neon (pink near the top of this picture) constantly changed colors. 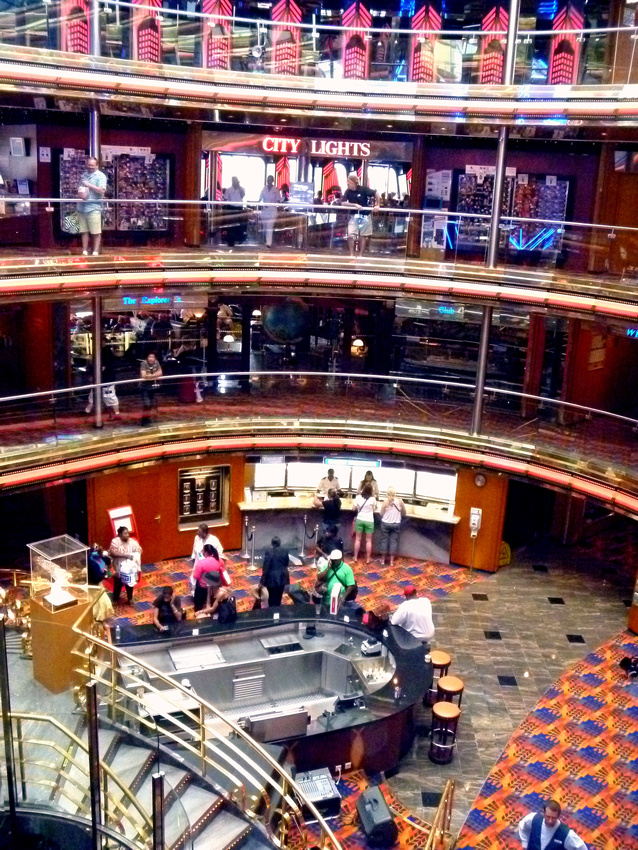 These were a couple of cute girls Cayden and I met on the first day. 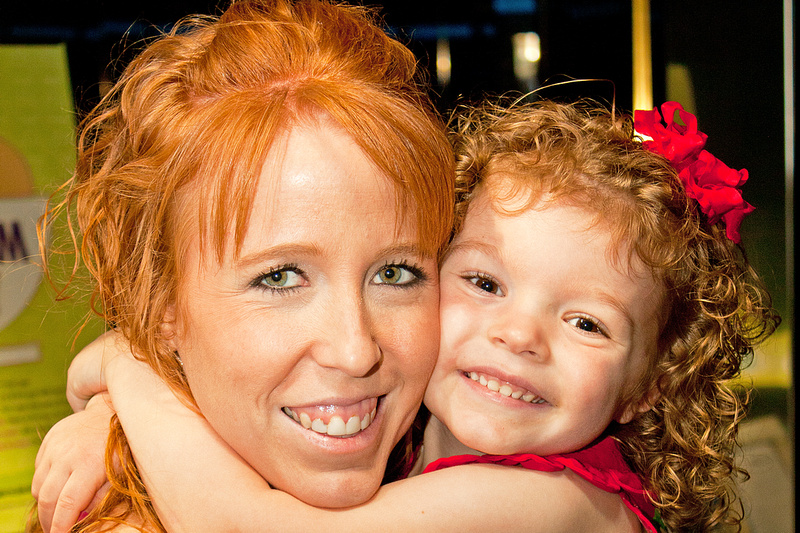 Needless to say, I hit it off pretty well with the red-headed one.

There were live bands at about three different places every night, and we discovered the perfect spot for our little crew was outside of an actual venue (where you could actually hear yourself think) and there was room to dance! 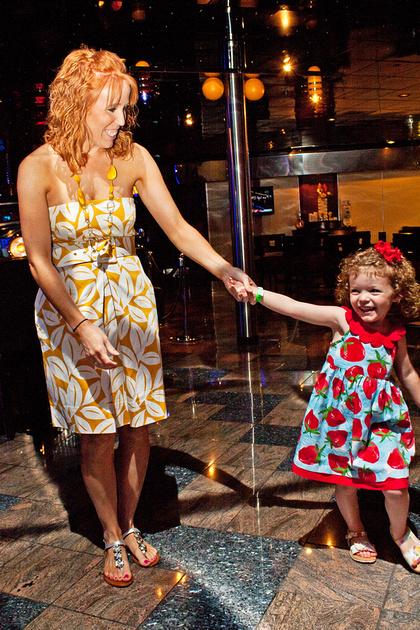 Speaking of dancing, there were several dance classes offered over the course of the week.  At this particular class, we all got sick...with DISCO FEVER! 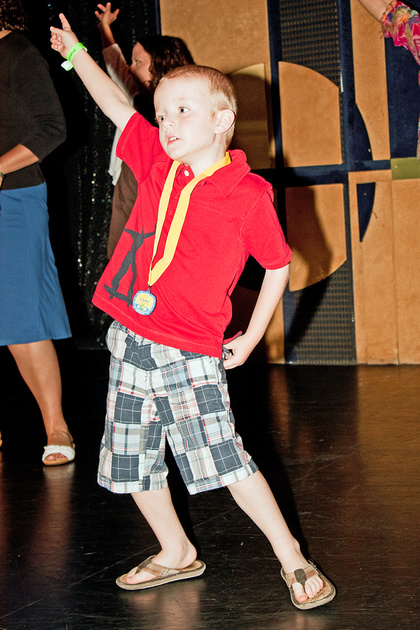 Avery, on the other hand, didn't bother with what everyone else was doing, she just let the music take control... 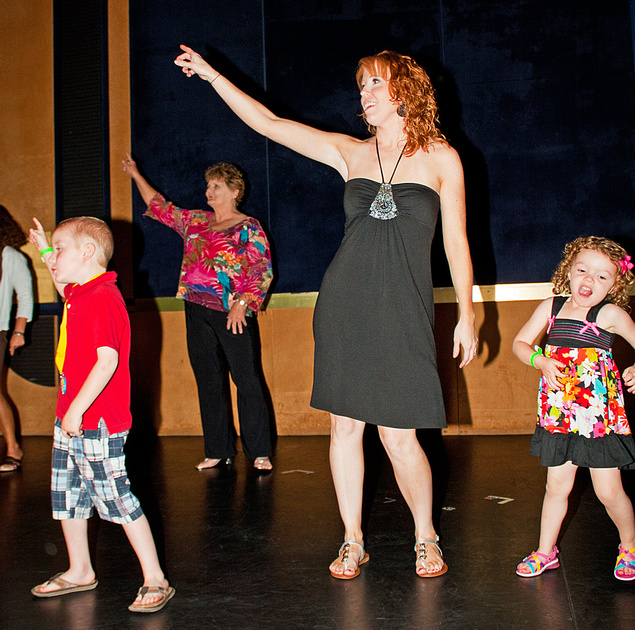 We made it to the class offered each of the first three days (hip hop, disco, and Michael Jackson's "Thriller"...Erin would be more than happy to show you the steps at your request).  People had the option to take part in the class (it was actually on the stage of the theater) or sit out and watch.  Erin had a lady ask her on day three if we were going to be doing the class that day, as she "just loved watching our little family up there."  I'm assuming it's the mixture of Erin and Cayden actually having rhythm and a sense of how to dance, Avery doing some variation of stomping in circles and pumping her arms regardless of the music, and my awkward 6'3" rhythm-less frame trying to find the beat while battling with a rocking boat.  There's something for everyone to love (or perhaps laugh at) in there.

The next one is from the artificial turf of the miniature golf course. The punk kids had it coming to them. 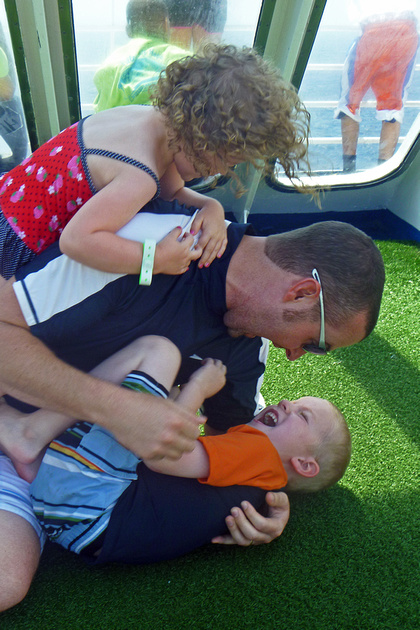 The girls in the pool. 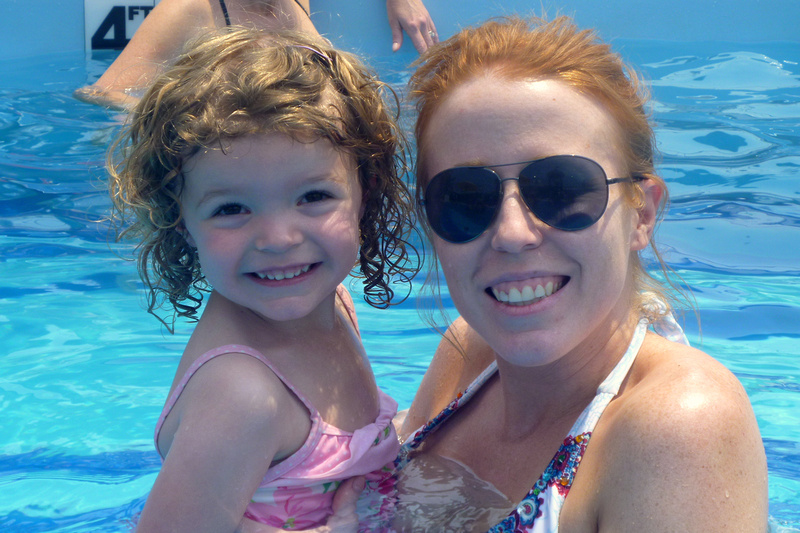 The back of the boat had three different water slides...this is Cayden preparing to venture down the BIG one.  It didn't actually empty out into the ocean, it only looks that way here.  Although that would've made the slides a lot less crowded...

The paint on his forehead was from a kids' activity he and Avery had done just before.  There was a "Camp Carnival" (basically a daycare on the boat) schedule for the kids, where if there was an activity they wanted to take part in they could be dropped off to do it, and picked up at the end.  The activity immediately before this was one the kids didn't want to miss; it was all about Fun Ship Freddie, the Carnival mascot.  They read a book, colored, made hats, got their faces painted, and Freddie himself actually dropped by.  Here's the whole getup, complete with a "Cayden face" for the benefit of his sister, laughing at him across the table... 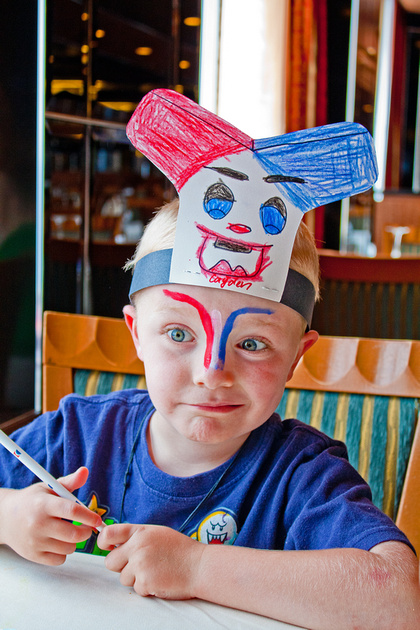 Here are a few of the family from various days and locales: 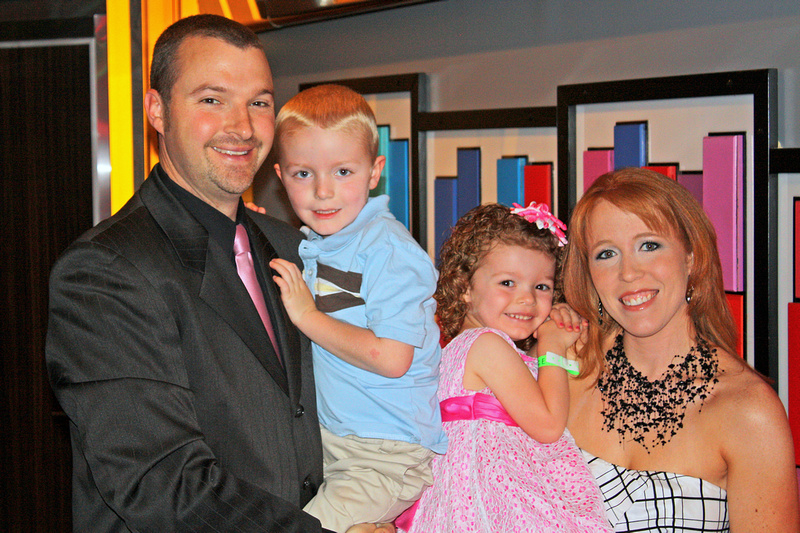 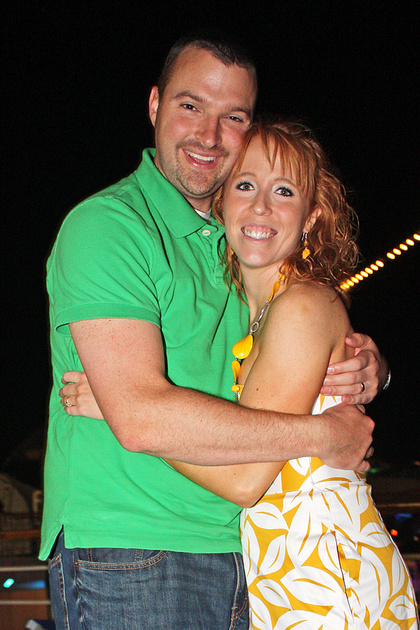 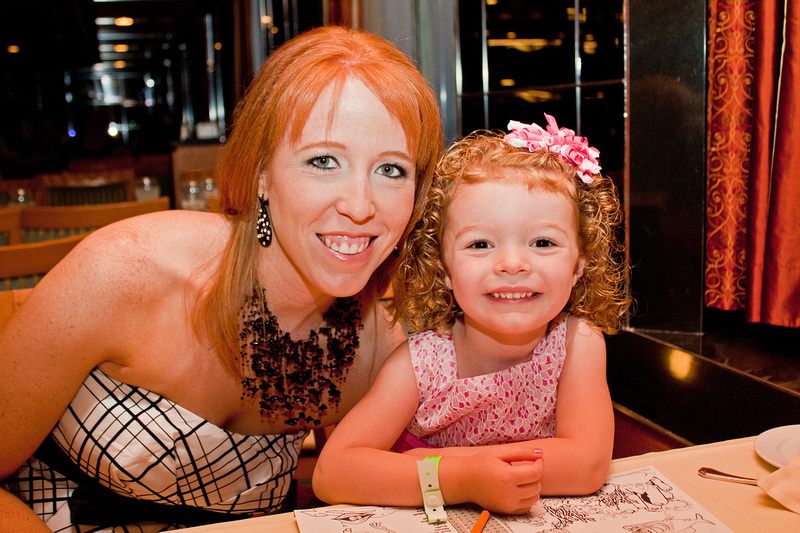 The back of the boat...the tower at the left is the top of the yellow slide, where Cayden was pictured earlier.  The blue ones on the right were more Avery's speed. :)  Cayden REALLY wanted Momma to take this picture, and I don't think either of us expected it to turn out very special, but it's actually one of my favorites. 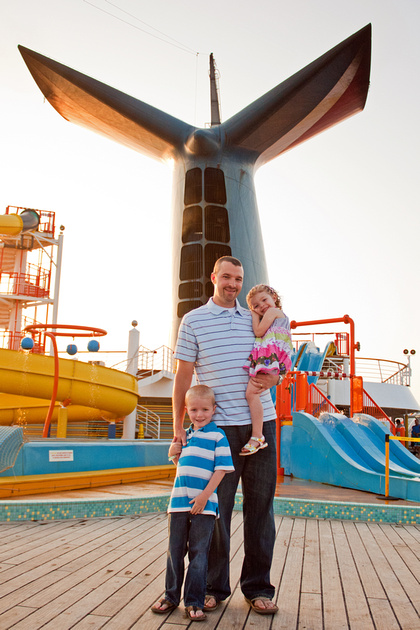 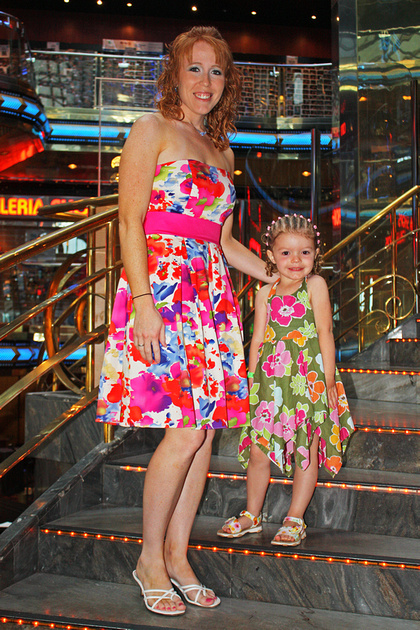 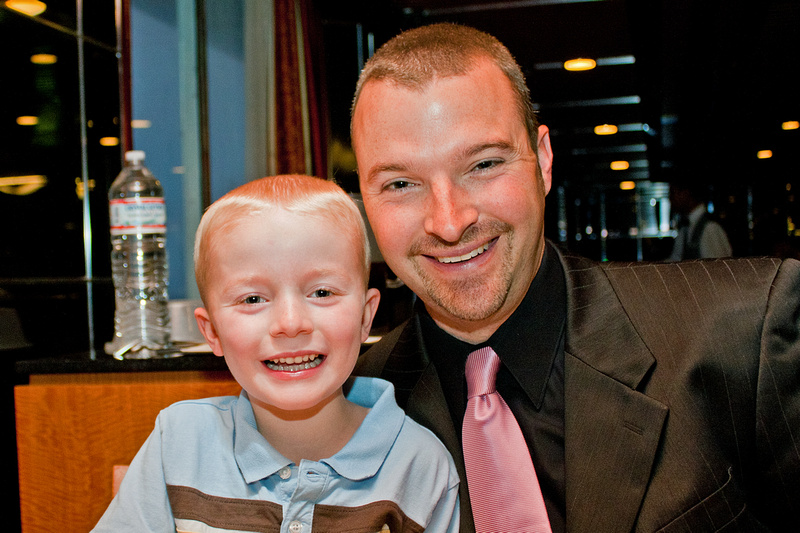 Incidentally, for the pictures of just Erin and me, Cayden is the photographer.  He has a much easier time with the little point-and-shoot than with the big camera, but does a good job getting the shot regardless.  By far the best 6-year-old photographer I know!

One day we took part in a family scavenger hunt (it was families scavenging for items, not people scavenging for families.  That would be awkward.).  Out of all the families that took part (ok, there were two of them), ours won, and as you can see, to the victor go the spoils! 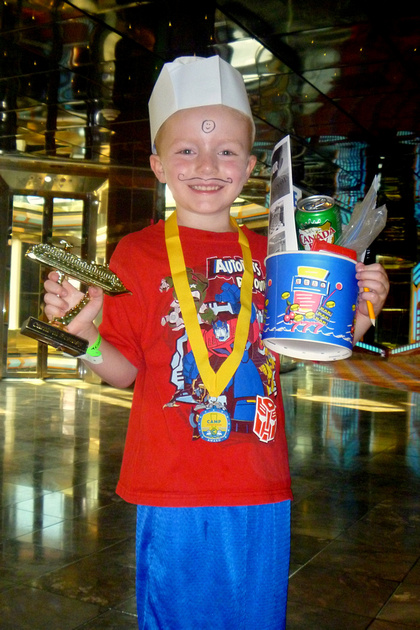 The bucket was all the stuff we tracked down (no snide remarks, it's a ginger ale can) and the face paint was for bonus points.  Clearly this was a big deal, as he got a medal AND a trophy.

Here's a couple of Avery, one in the wind by the slides and one on her bunk... 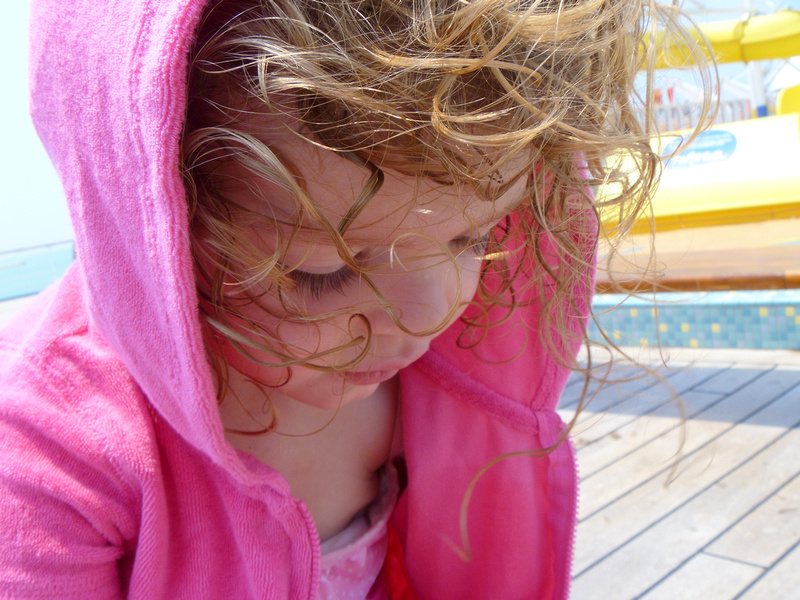 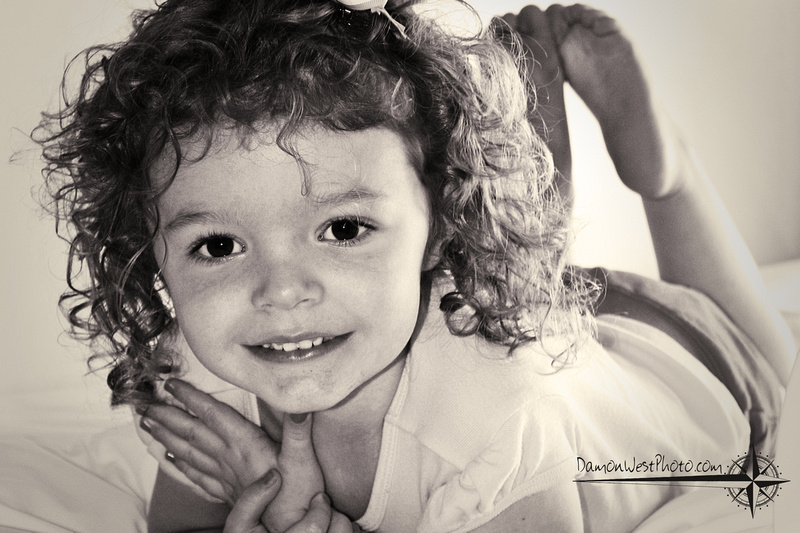 The one day we got off the boat was at Cozumel, Mexico, and we got to go out to a little privately-owned island for the afternoon.  We weren't the only people there, although that's kind of what these look like.  There were quite a few other people, and some honest-to-goodness buzzards hanging around the lunch buffet area.  They didn't make the pictures. 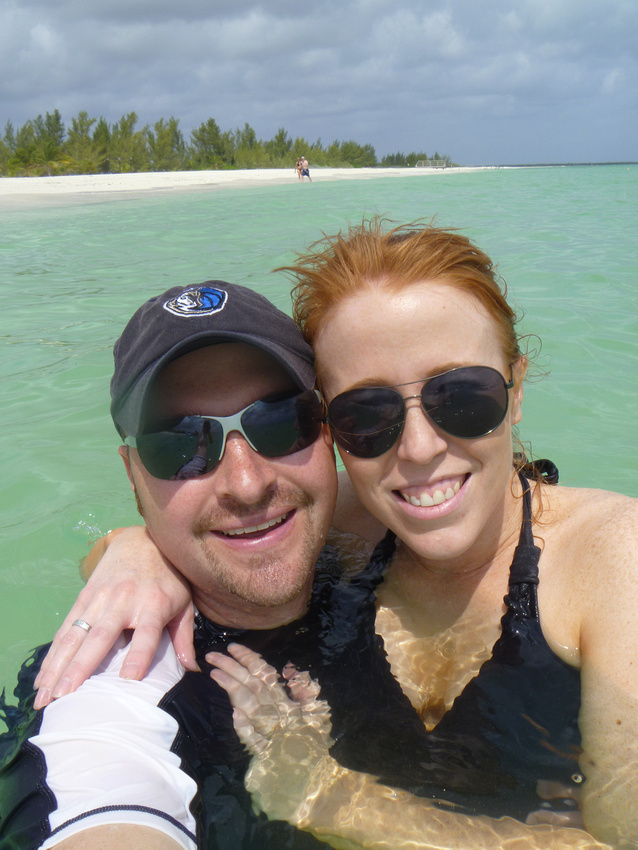 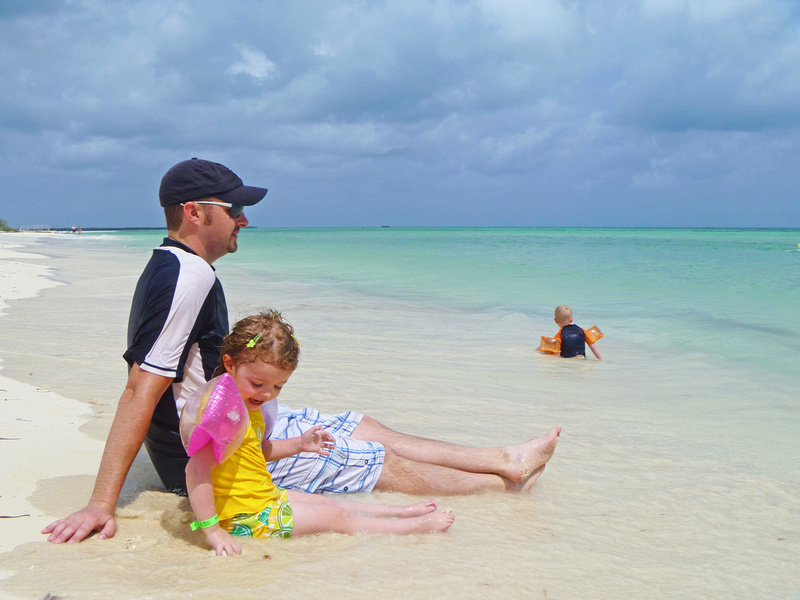 Avery got her hair done in Cozumel, the results are as follows. (No, it didn't hurt, and yes, she patiently sat still for the 15-20 minutes that it took.  She was super-excited to get it done, so she was willing to wind down her motor for a while.)  She didn't get the sassy pose in Cozumel, she brought that from home. 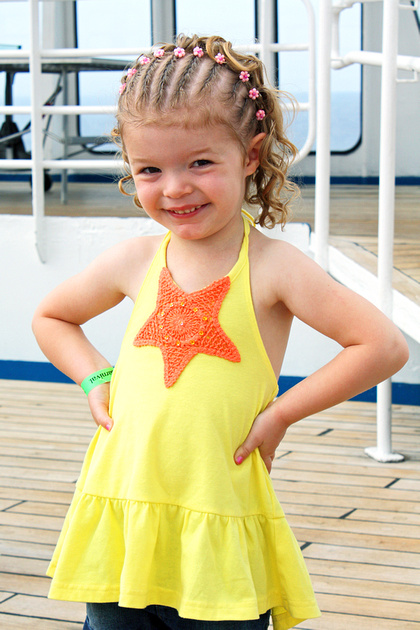 And these are the goobers working hard on their morning cereal, a daily ritual.  They and their mother were unimpressed with my smoked salmon, which is admittedly an acquired taste, but bagels and strawberry jam were a universal favorite. 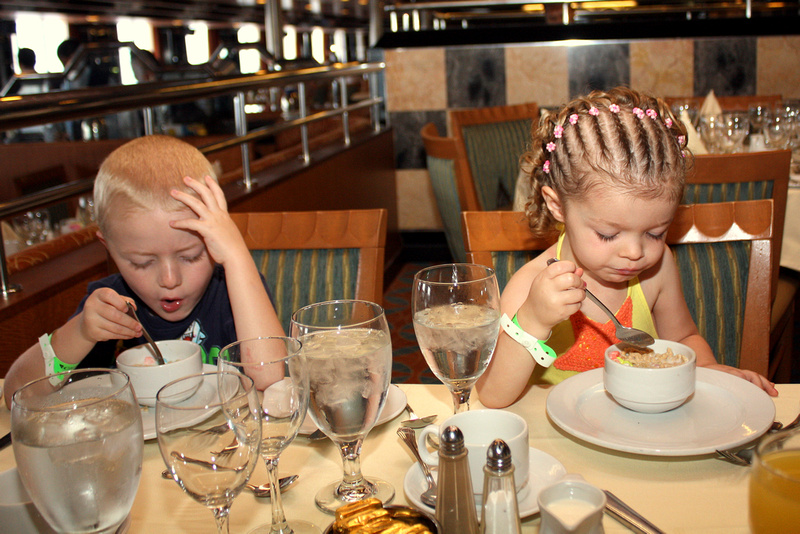 Finally, on our way home, we were welcomed back with a West Texas sunset.  Thanks to my lovely wife for being willing (and not even begrudgingly!) to let us stop after already having spent soooo many hours in the car, even though it would add another ten minutes to the seemingly-eternal road trip. 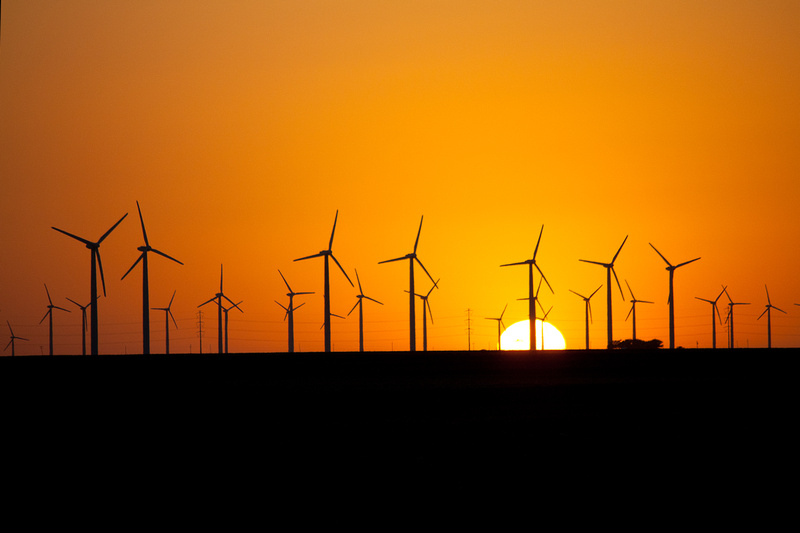 We had a ton of fun over the course of the week, and I'm convinced it's the fastest a week has ever passed.  It seemed we got on the boat, blinked a few times, and it was time to get back off.  But it was a great opportunity to pull back from the stress of life for a time, rest and be renewed, and let our kids (and each other) know how much we love them.  Until next time! 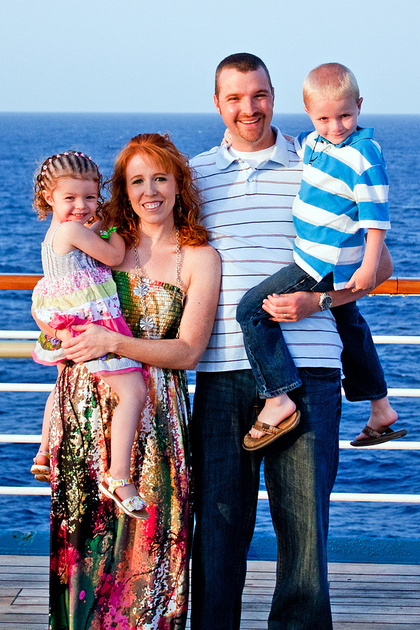